0
You have 0 items in your cart
Go To Shopping
Where small business becomes great!

Intercom is a customer messaging software-as-a-service (SaaS) startup founded in 2011. Back then, in-app messaging and live chats with customers weren’t standard practice. They, in fact, made them standard practice, changing the way customers expected to communicate with businesses. It didn’t take long for the market to flood with similar products.

This has put Intercom in an interesting position. They’re industry leaders, but more like the front-runners in a marathon in which everyone’s trying to finish first, requiring them to constantly sharpen their competitive edge. One of the ways they stay in the lead is through content marketing.

In this interview, Intercom’s Managing Editor, John Collins talks about how his background as a journalist informs his approach to content marketing, how Intercom’s messaging grew out of customer research and a napkin sketch, and how they’ve changed their marketing to help the company stay on top of a quickly-shifting marketplace.

Most businesses would hire a content marketer to spearhead their blog. In fact, most businesses do. But here’s the problem with doing the same things every other business does—you can’t stand out. At best, you can reach parity. Another hiccup of hiring marketers to do your writing work is that they’re trained to sell. They are not trained to tell stories.

Consumers have been sold to in every conceivable way, so much so that they no longer respond to ads. In the Forbes article Research Shows Millennials Don’t Respond to Ads, contributor Daniel Newman summarizes recent research with: “Traditional advertising doesn’t work anymore. People haven’t stopped buying things, but how and why they buy those things have changed.”

It’s a trend that’s sparked a re-thinking of marketing strategies across industries. For Intercom, it meant finding a fresh way to reach, teach and acquire customers through more “customer-centric” content (read: content that serves the customer rather than sells, but in so doing, helps to sell). But when every business blog is trying to hit the same target, educating customers isn’t enough to differentiate one blog from the next. Intercom needed to up the ante.

They hired John Collins, a journalist with 20 years experience telling the stories of business and tech. And then John Collins learned marketing.

“My background is covering business and technology, so I have some more exposure to the commercial world. Journalists fall into two camps: they see it as a vocation and wouldn’t apply those skills anywhere else, or there are those who realize those skills are transferable. I fall into that latter group. I think journalism is an amazing career, it’s unfortunate that it’s not a well paid career at the moment and it’s struggling with the move to the internet. But I did almost 20 really enjoyable years as a journalist covering tech. It’s a fabulous background.”

John is the second longest serving person on Intercom’s marketing team, which means he was on the ground when their most important messaging decisions were being made, right alongside product development.

“I think at that stage, we built a product that we found people were using and finding value with in all sorts of ways. We struggled with the messaging for that early on – one of our early taglines was ‘Simple, personal messaging for businesses and their customers’.

“There was a lot happening in the messaging space in 2014, but that description wasn’t that different from, for example, Slack, which was starting to gain a lot of traction at the same time.’

We got a lot of mileage out of ‘Jobs to be Done’ and worked with the ReWired Group to really drill down into what jobs our customers were using Intercom for.”

“Jobs to be done” is an approach to understanding your target customer’s motivations, situation and desired outcome through conducting customer interviews. The basic premise is to ask customers to re-enact the jobs they need to do to expose more pain points and problems than simply asking them “So, what are you trying to do today? How do you usually do it?” Then developers – and marketers – can use their responses to create better products and more effective messaging.

John says, “We’ve used it heavily on the product side of Intercom,” but they’ve also used it to give direction to content.

At first, the challenge was to convince people that in-app messaging was better for everyone. “Until that point, email blasts were the norm, and you’d get messages from some startup and wonder if you even signed up for it.”

Much of their early content was all about the “huge value that comes from sending people the right message at the right time, in the right place,” says John. That single idea became their ‘editorial map’.

We talked about customer support being about conversations, not tickets. What types of content, blog posts, and books can we produce to push out the message that this is a better approach?

It worked. It worked so well that in-app messaging services sprang up like mushrooms after rain, and suddenly, Intercom had a lot of competition, and had lost one of their key differentiators.

John says, “I was there when we hit one million in annual recurring revenue. We just passed 50 million. The problems you face on that trajectory come fast and change rapidly.”

Home page copy is one of the most important pieces of copy for any business. It’s the copy that forms the first impression for would-be buyers. It either grabs or repels, sticks or bounces. It’s where you tell the world exactly what they stand to gain when they say “yes.” And if that handful of words is compelling enough, they will say “yes.”

Intercom thought up a compelling and original way to present their value proposition – graphically.

“On our home page, we have the old way and the new way, to show how Intercom helps and removes the need for a bunch of disparate systems that barely communicate with each other. We still have the napkin that was sketched on by our CEO.

“It’s absolutely amazing the amount of people who have copied that. We have a collection of screenshots.”

The old way versus the new way is one of those things that, once you’re aware of it, you start to see it everywhere. It’s another example of a great idea that may have started with Intercom, but has become something of a standard.

“It’s trying to get across this idea that the old way is a bunch of different systems – enterprise, siloed systems – for communication. We wanted a platform that would replace all of the products people were using to communicate with their customers. One platform, one system. It’s the ‘new way’ that makes communication an awful lot simpler.”

Over the past few years, Intercom’s messaging has shifted from a position of being the first – a coveted spot that rarely lasts long in any industry—to “exposing the depth of the features and products we have.”

“And that’s happened really quickly for us. We’ve gone from convincing people that this is the way to communicate with your customers, to having many competitors and communicating the depth of our solution. That’s definitely informed our marketing in recent times.”

What do you do when your “new way” becomes the established way that everyone does things? How can you differentiate when so many people have copied your differentiator? You keep improving your product—and talking about it.

John Collins says their content marketing is very much dictated by what Intercom’s product teams are doing.

“We’re very product-lead in our marketing. We’re a product-first company, which we pride ourselves on. But the advantage we had three years ago being one of the first, if not the first, in app messaging software, has eroded.”

Even though competitors are now also offering in-app messaging, John says they tend to focus on specific stages of the customer lifecycle, which is limiting in a way that Intercom’s capabilities aren’t.

“Intercom can take you from cradle to grave, right through the whole lifecycle of their time with you. That’s something that’s still quite different.”

Intercom has expanded its capabilities considerably, like their new Live Chat for Sales solution, so building content around supporting Product’s innovations makes sense. But that isn’t to say Intercom’s content is all about what they’re selling—quite the opposite. 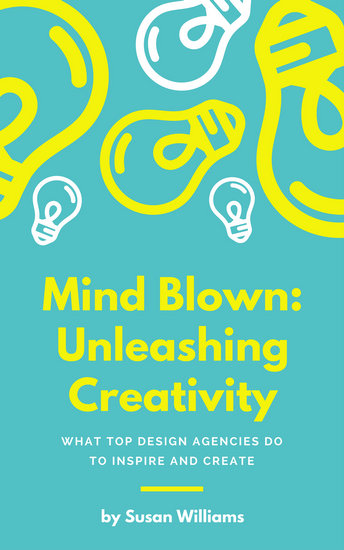 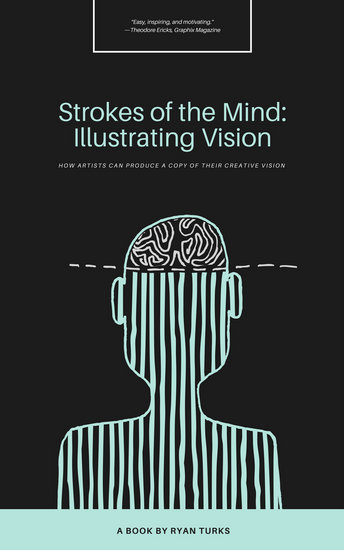 When planning his editorial calendar, John thinks of what would be helpful to Intercom’s target customers in a broader sense, resulting in articles that range from in-depth advice on product development and customer success to podcast interviews with founders like Product Hunt’s Ryan Hoover. Everything supports their target customers’ ‘jobs to be done.’

But, perhaps the most unusual aspect of Intercom’s content strategy is how much it resembles a standalone publication, with high quality, in-depth articles published daily.

In Spring 2016, John Collins presided over the redesign of the Inside Intercom blog. He says, “A big consideration was making it feel more like a standalone publication rather than just another corporate blog. We wanted to reflect the fact we were publishing daily and focusing on longer, evergreen articles. Sounds a bit like a quality magazine, right?”

Love the style but can’t afford your own personal artist? Canva’s got you covered with templates like this Red and Blue Art Exhibit French Postcard

It sounds, and looks, very much like a quality magazine, which is no accident. They took inspiration from publications like Bloomberg Businessweek rather than other blogs. They also decided to commission original editorial illustrations to accompany each article. John says, “We now have an amazing panel of freelance illustrators which have been assembled by our Director of Brand Design, Stewart Scott-Curran.”

Visually, Inside Intercom is unmistakable. Nothing in the tech blogosphere has anything like it. It’s the difference between picking up a New Yorker magazine with its signature cartoons and illustrations, and flipping through stock photography.

But you’ll also notice the variety of content present on the blog. There are articles, lengthier guides, ‘audio essays,’ and podcasts, all of which are scheduled deliberately.

“We think very much at a high level. The key thing for running a content team is having a variety of material. We have a cadence to our week, on the blog we do podcasts on Thursdays; Monday, Tuesday, Wednesday we rotate between the different verticals we cover.

“Our overarching strategies are to create evergreen content, we steer clear of news-based events. We’re thinking more in terms of ideas that will have currency for weeks and months. Timeless advice – sharing universal things we’ve learned ourselves.”

Mining their own expertise ensures fresh, genuinely insightful content, so Collins’ staff works with Intercom’s own product managers and designers, acting more as editors and brainstorm buddies than writers or interviewers.

This isn’t just about creating content in multiple formats, it’s about spreading it through multiple channels, including the blog, podcasts, and republishing on Medium.

Republishing content on Medium and having employees publish stories under their own names, is something more and more companies are doing to expand their audience outside the borders of their websites. Collins says Medium has a lot of potential for helping businesses reach their audiences.

“I think it’s very interesting what Medium has done. There’s an audience there. I’d certainly be looking at Medium very closely if I were starting content marketing today. It was easier to get attention on there when we started three years ago; it’s getting harder now. Originally we had an Intercom account that we’d publish under, but now we have people publishing under their own names. Medium values people telling their own stories.”

But Medium too is becoming crowded, forcing John Collins—and every content creator—to continually ask the question:

The post Not just another content marketing plan: Intercom’s tips for standing out in a crowded market appeared first on Learn.